How many times have you been told to trust no one and that the world is full of evil? In my case, that’s precisely the number of times I’ve tied my shoelaces and walked out the door. I hear it constantly through the day, except that it’s told in so many different ways, my ears are numb with disgust.

I refuse to hear it any longer.

I refuse to keep anticipating the worst.

I’m not telling you that it was always like this. I’m someone who’s seen the extremes of situations and felt the extremes of feelings, and I’m at a point where I can say with so much faith that I refuse to keep believing the world is full of bad, bad people.

It’s so simple. I’ve just seen too much good to believe it any longer. I’ve met too many strangers with hearts of gold. And as easy as it is to tell myself that we live in the worst of times, and that people are nothing but greedy, it never did me any good.

The trust I have in humanity is too strong now.

And yet, I might be totally mistaken. The world might be just everything that I’ve been told. It could possibly be a hell that I just don’t see yet. But at the same time, I’m happy I haven’t experienced that side to it.

And when I do, I’ll remember all the advice that people have given me. I’d know enough by then to embrace change and to accept the way things are. Heck, I’d be happy to do so.

But till then, I would like to believe in goodness.

I would like to believe that every child born today would grow up with so much to look forward to, so much love and joy that the world has to offer.

Advertisement
I love how you are gentle and caring and compassionate. I love how you give so much when I have nothing to give back. I love how you look me in the eye and say- I’m here. Worry not. We’ll figure things out. I love the way you do the dishes everyday humming to old melodies, the way you knit sweaters so patiently for some baby next door, the way you always have a lopsided smile hanging from the corner of your lips, as though there’s a secret behind your strange tranquility. I love your voice when you call my name, like cinnamon sprinkled in the bitterest of coffee. I love how you ask how my day went. And I know when I ask you about yours, you will lie to me that it was wonderful. That Mother and Father came over to see you. That they treated you nicely and told you that you were a good daughter-in-law.
I wish things didn’t have to be this way. I wish I could protect you like you protect me. I wish I could love you like you love me. But if nothing else, I’ve given you one thing. Resilience. Not that I’m proud of it. I am ashamed. But I’m proud of you. I’m proud of you for that fire in your eyes. I’m proud of you for that strength in your heart. I’m proud of everything in you, as much as I’m ashamed of everything in me. In your palms lie the energy that keeps us together till this day. The energy I was never able to provide like I should have.
And when my head falls in shame, I know yours is held up high, always ready for the monsters of our lives, for both of us together.
Power looks so good on you.
Slowly, slowly, she tiptoed into the backyard. It looked like it was going to rain. How she used to love the rain. How she used to play in the puddles, and come back home drenched and hungry, but glowing with joy.
A gush of air hit her tired face. The baby’s cry blasted in her ears. She was confused. The baby was never this loud. And yet, she stood still. Her feet rooted to the grass. The wind blew on.
Her red dupatta stuck onto her clothes, the ends of it fluttering backwards, almost as if they wanted to rip off her and go somewhere far far away.
She closed her eyes, and took the deepest breathe she’d taken in a long time. It came out rather broken and difficult. But it felt so good to breathe like that.
And then, she grabbed the dupatta off her shoulders and hurled it in the wind.
She watched it fly onwards, dancing the same way she always did when she tried in front of the bathroom mirror, back at home. Slow, awkward and rather funny. She sighed. And then she laughed.
And then she cried.
She cried because she saw so many dupattas flying beside hers, and even more being hurled into the sky from all around her. Red. So much of it. And then, peace. 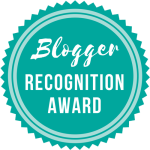